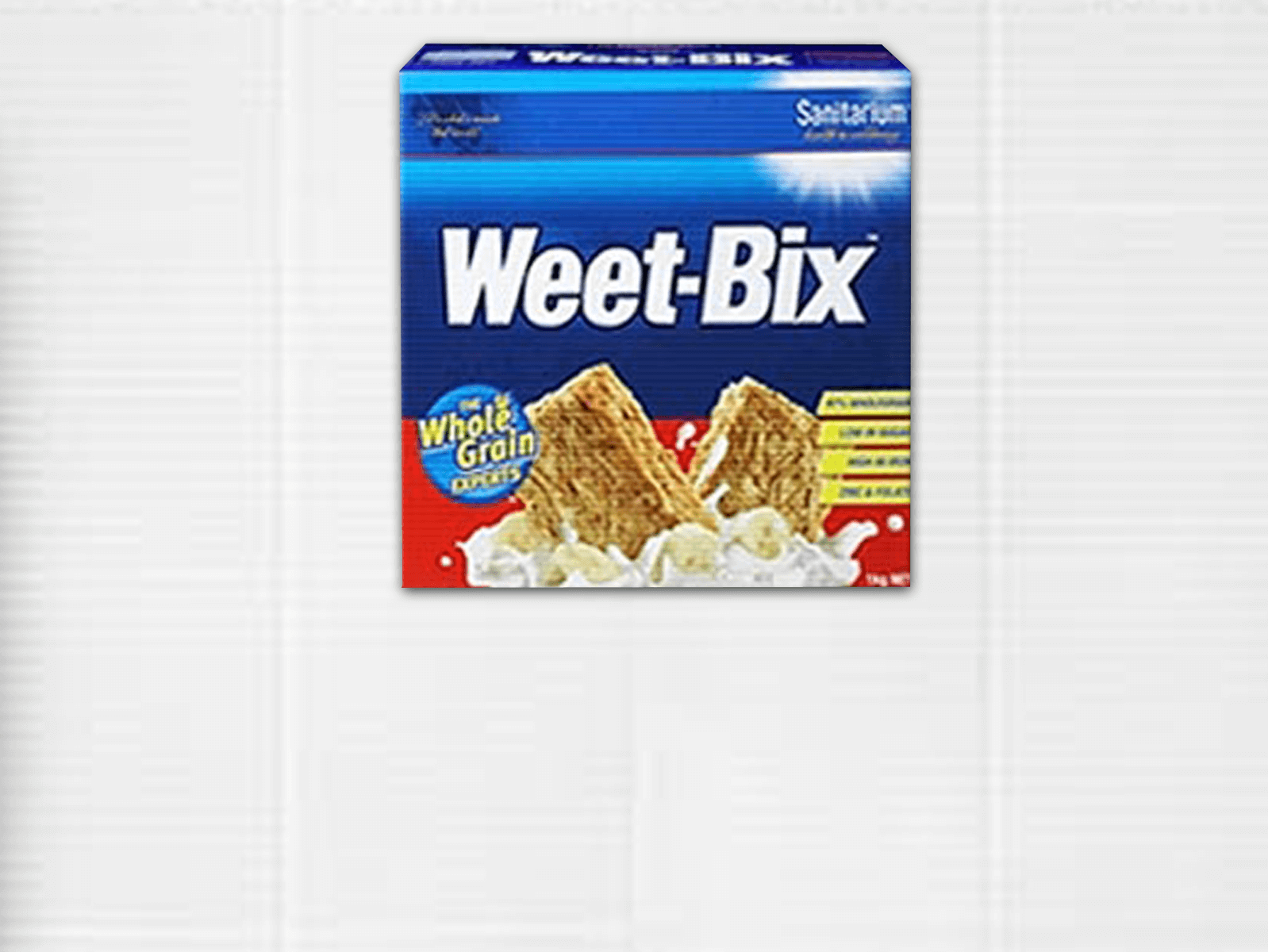 Weet-Bix remains great value at only 9c per Bix.

The Australian Institute of Sport selects Weet-Bix as an official cereal for its athletes and Weet-Bix powers the QANTAS Socceroos to the 3rd round of the 2006 World Cup.

Weet-Bix invites Australians to choose their side — Ford or Holden — in its V8 Supercars promotion. 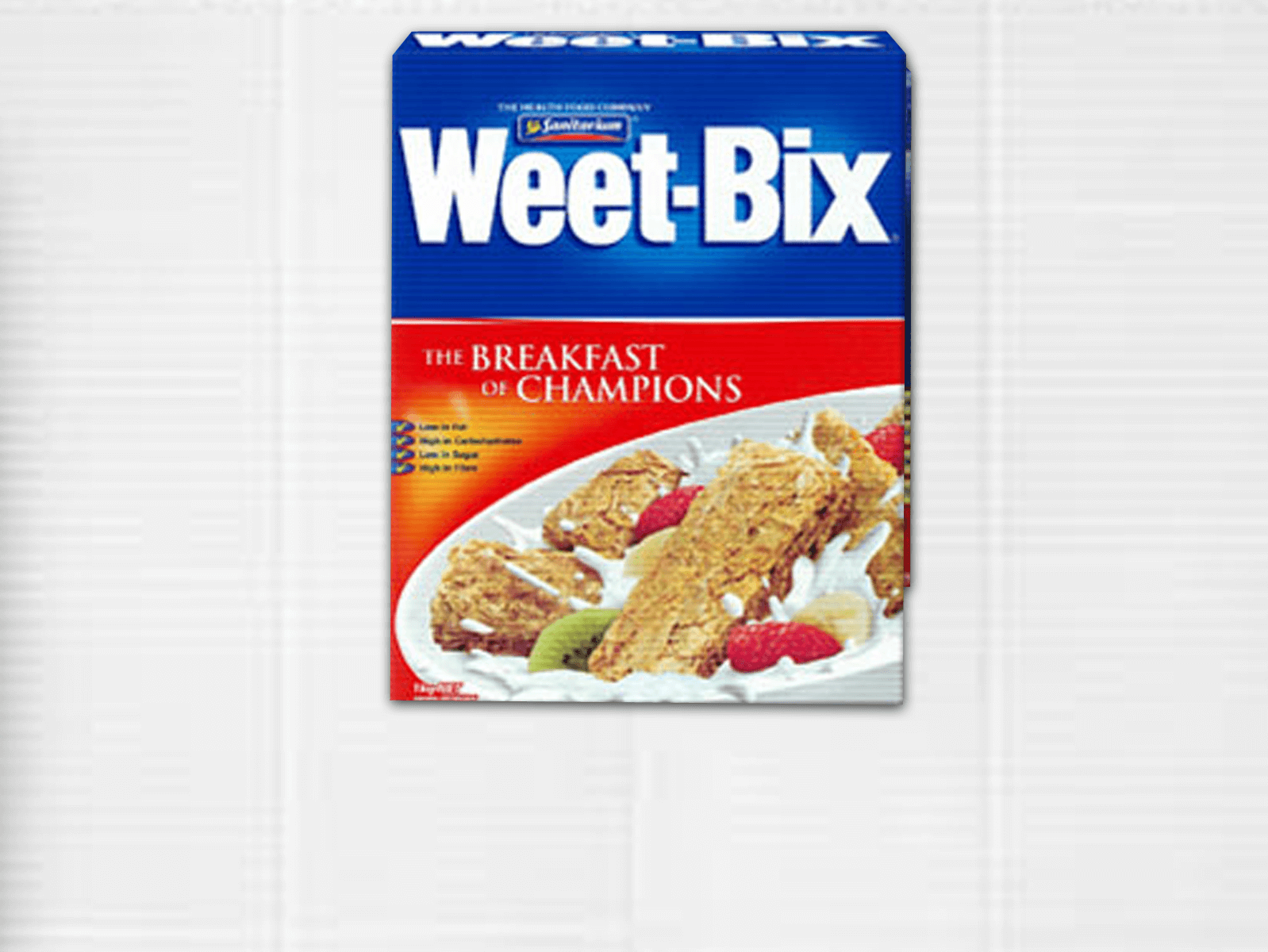 With Weet-Bix as their official cereal, Australia wins the Ashes from 1989–2003. 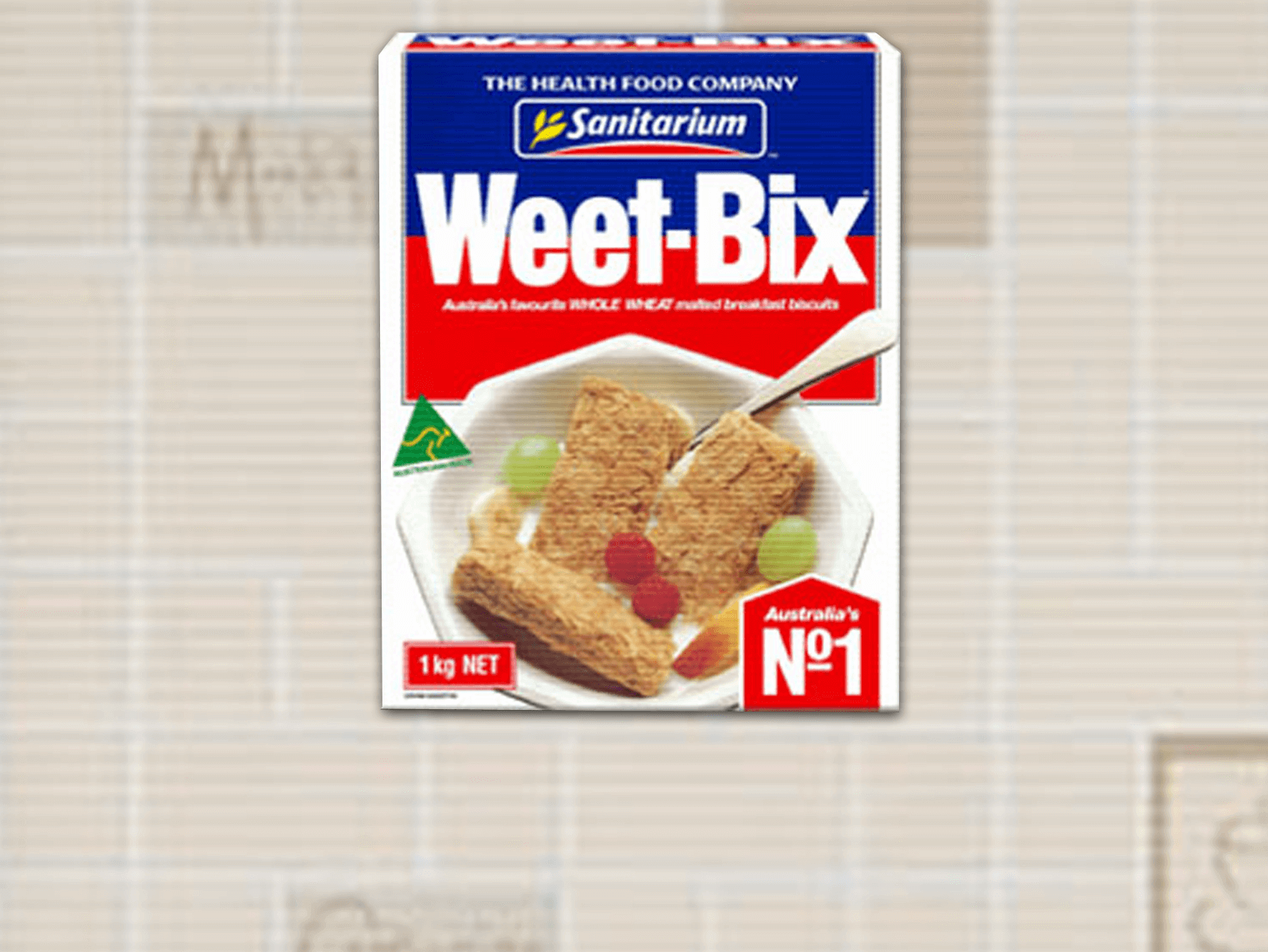 In 1985 the ‘Aussie Kids are Weet-Bix Kids’ jingle is created and continues to be used 25 years later.

Weet-Bix packets are transformed from pink to white and the Weet-Bix red and blue logo is born. 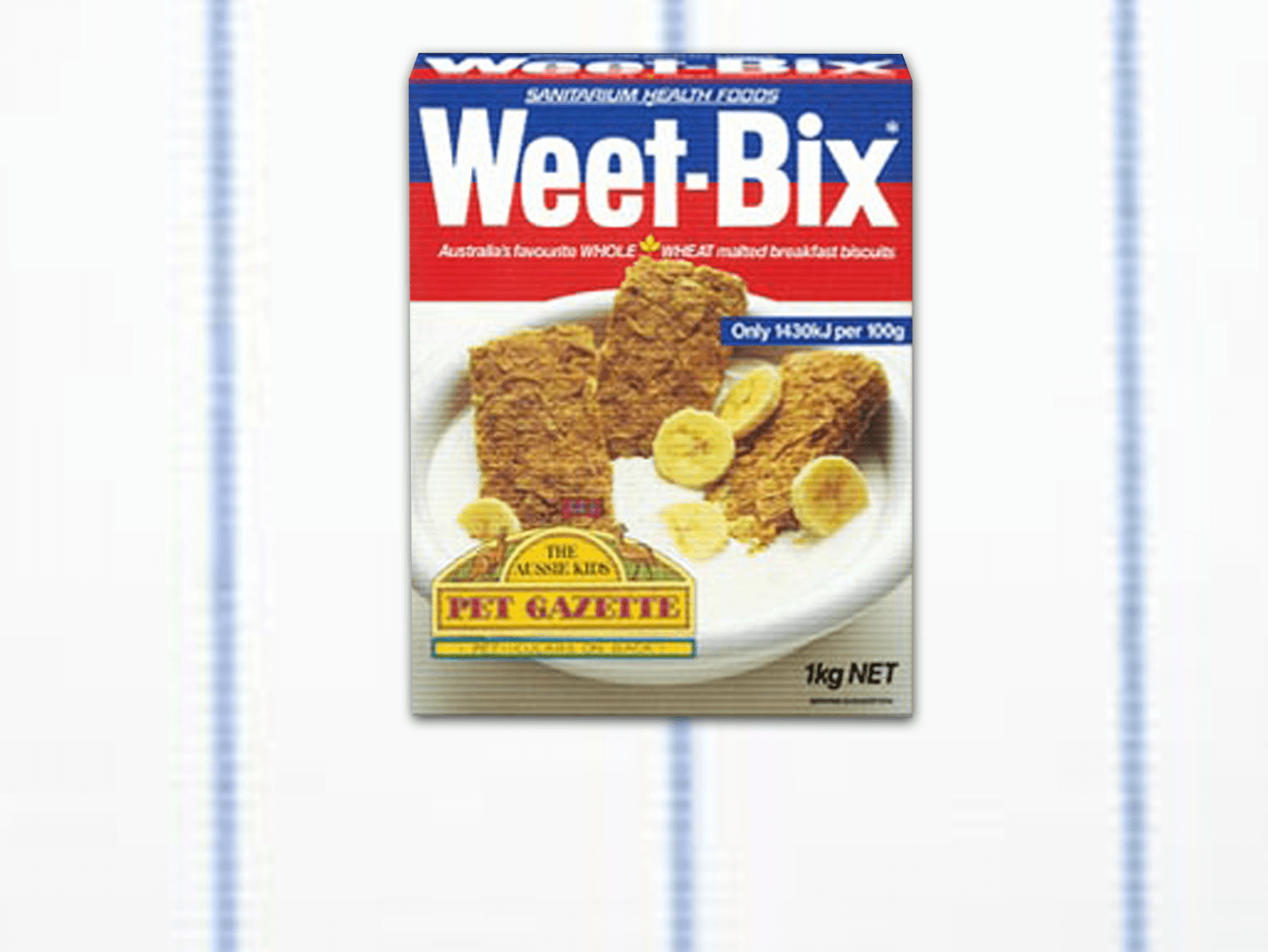 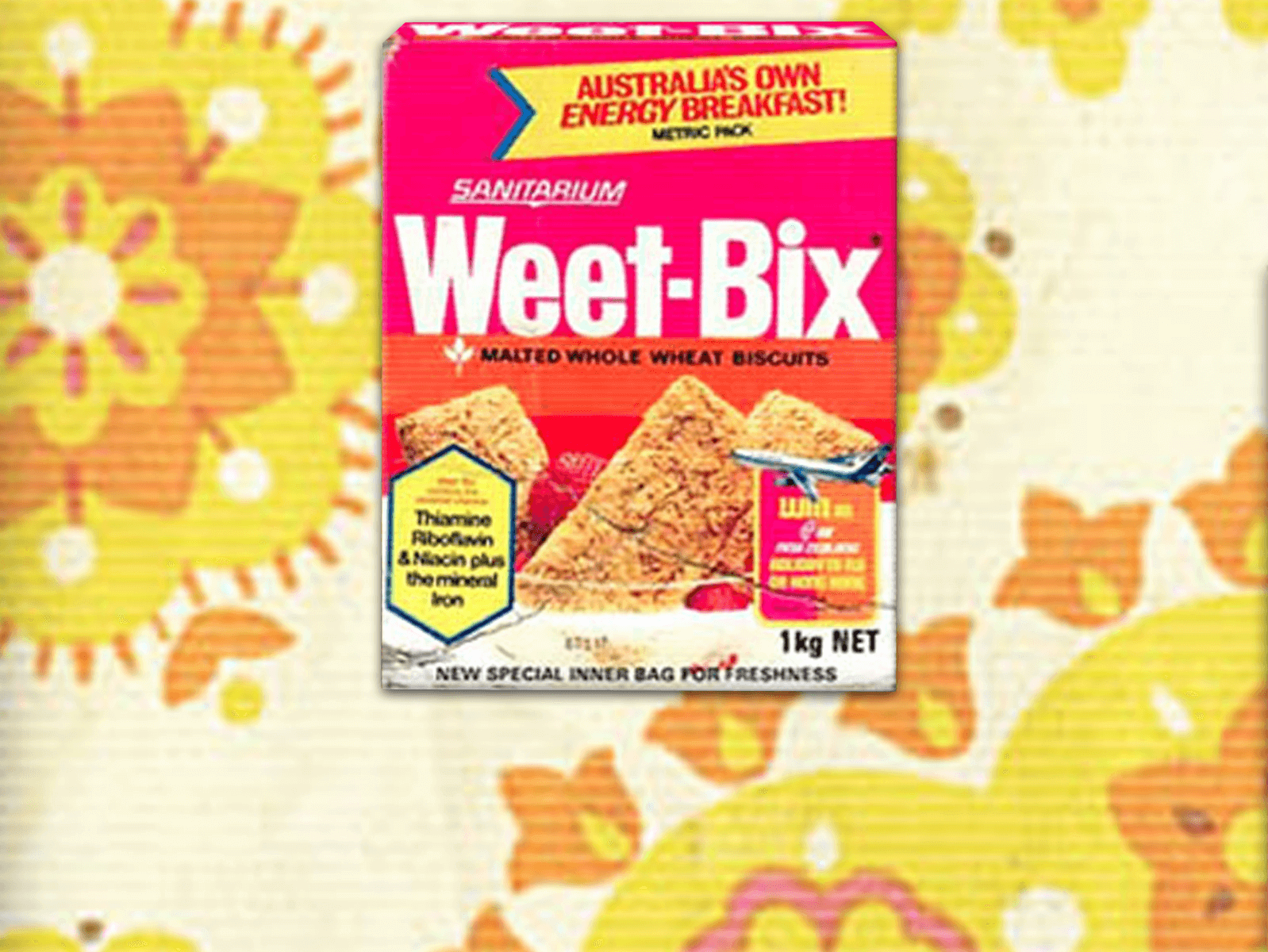 Young Australians are encouraged to add hot milk to their Weet-Bix to provide them with “vim and vigour” every morning.

Apollo 11 lands on the moon. 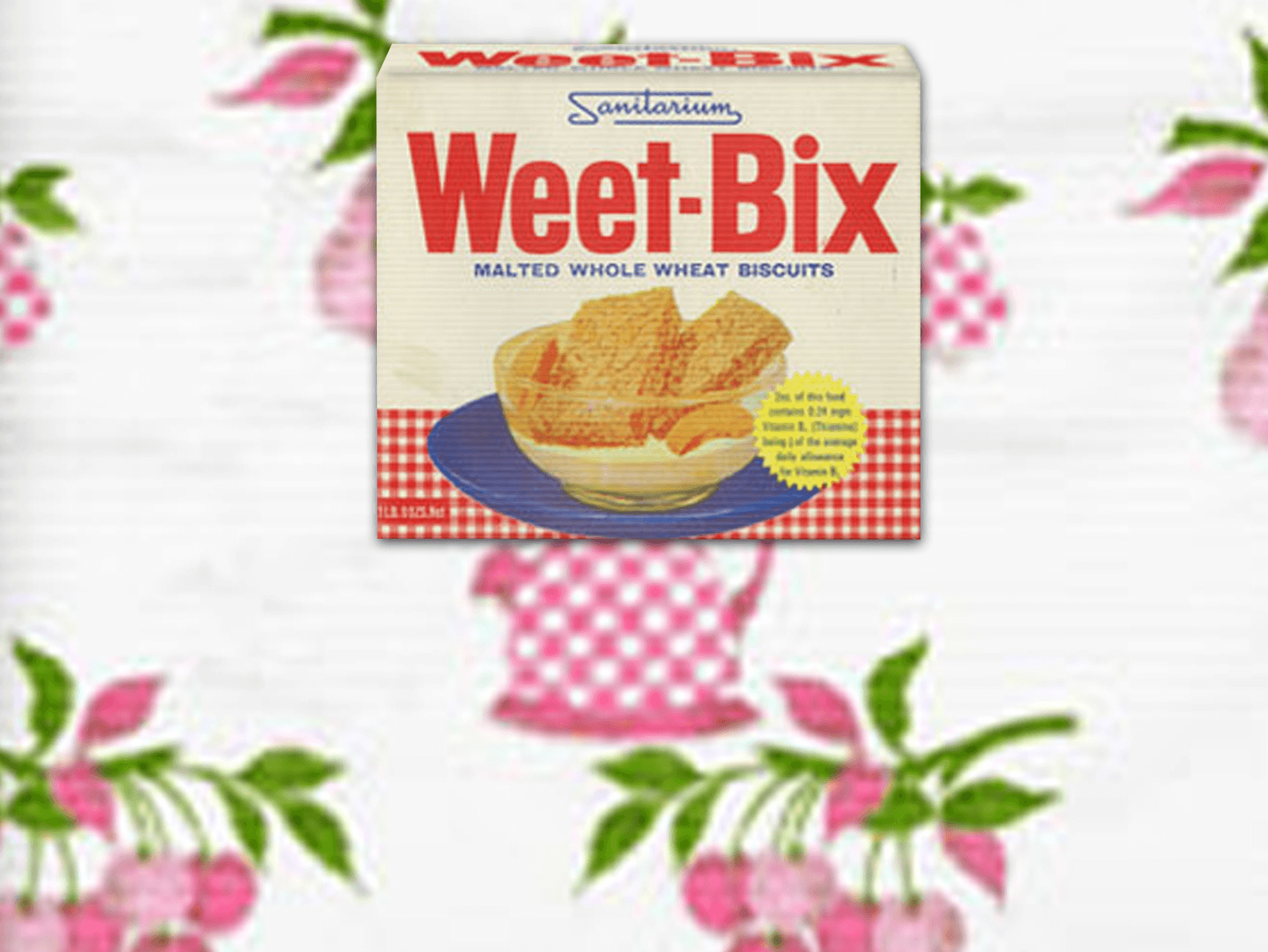 Sir Edmund Hillary eats Weet-Bix for breakfast during his climb of Mt Everest. Sir Edmund was the first climber to reach the summit.

Weet-Bix inspires the youth of the day with an “Amazing Wonders” card series, capturing both manmade and natural wonders on pictures plates placed inside every Weet-Bix packet. Collector albums are purchased from grocers for 6 pence (5 cents). 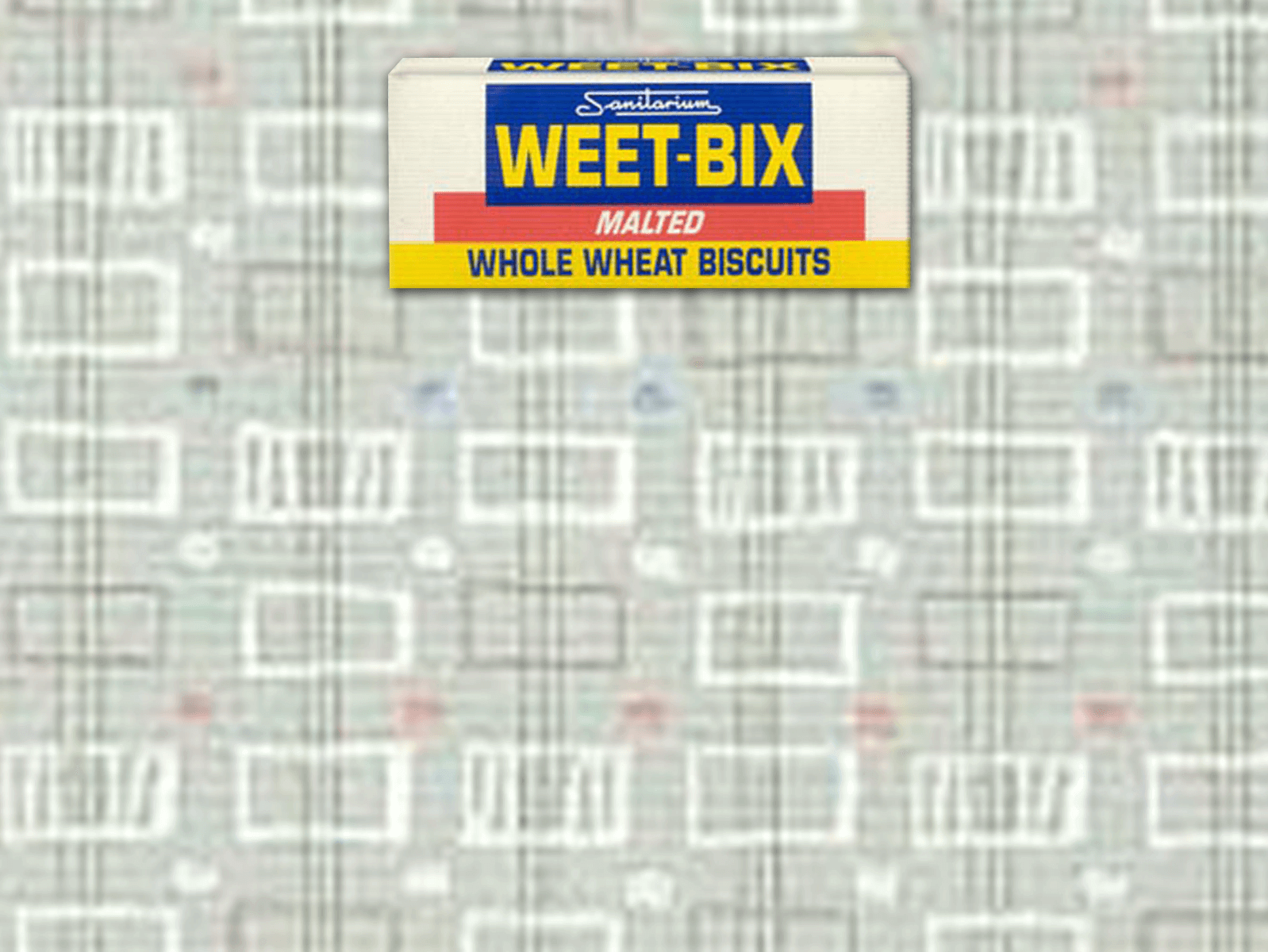 Australians are called to service during World War II. Over 30,000 servicemen are taken prisoner and 39,000 give their lives. Soldiers serving on the front-lines in Papua New Guinea and the Pacific are sent Weet-Bix. 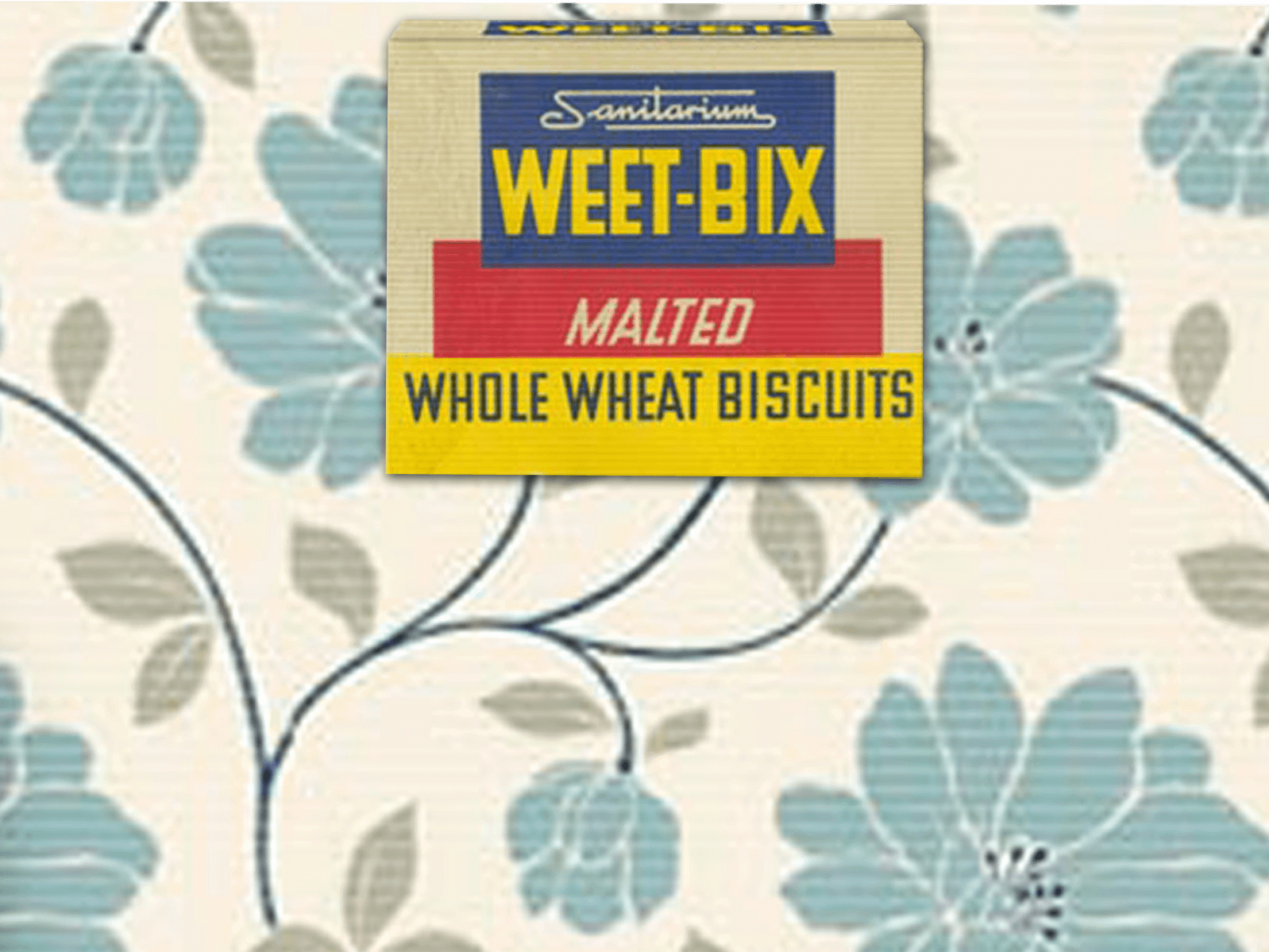 The Australian economy continues to struggle. By 1932, almost 1 in 3 Australians are out of work.

The original Weet-Bix kid, Don Bradman, lifts the country’s spirits, scoring a record 452 not out in one cricket innings.

Another Aussie icon the Sydney Harbour Bridge, affectionately known as the ‘Coat Hanger’, opens in 1932. 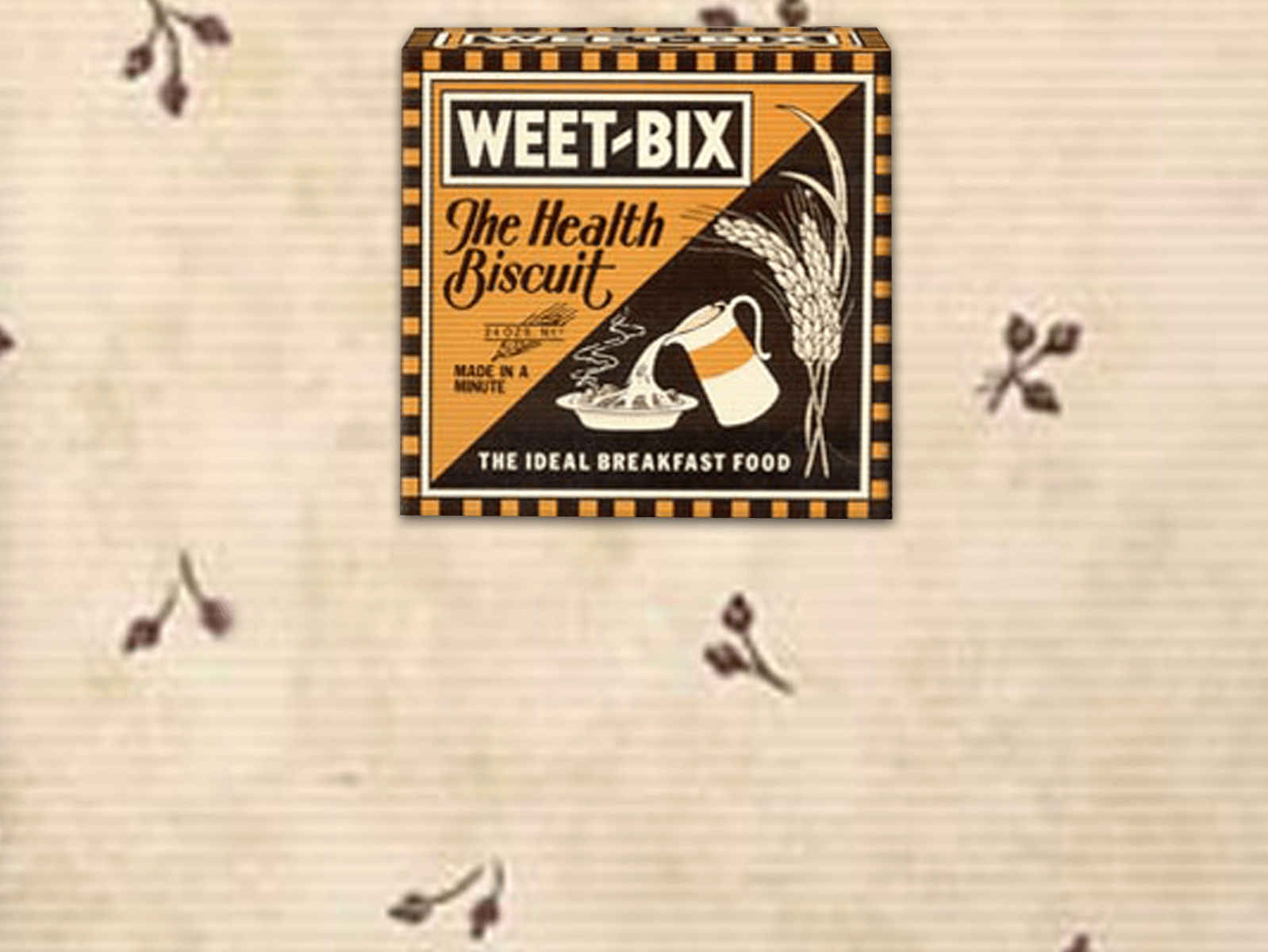 Original deliveries to grocers are made using a horse and cart.

In 1929 the stock market crashes, marking the start of The Great Depression. 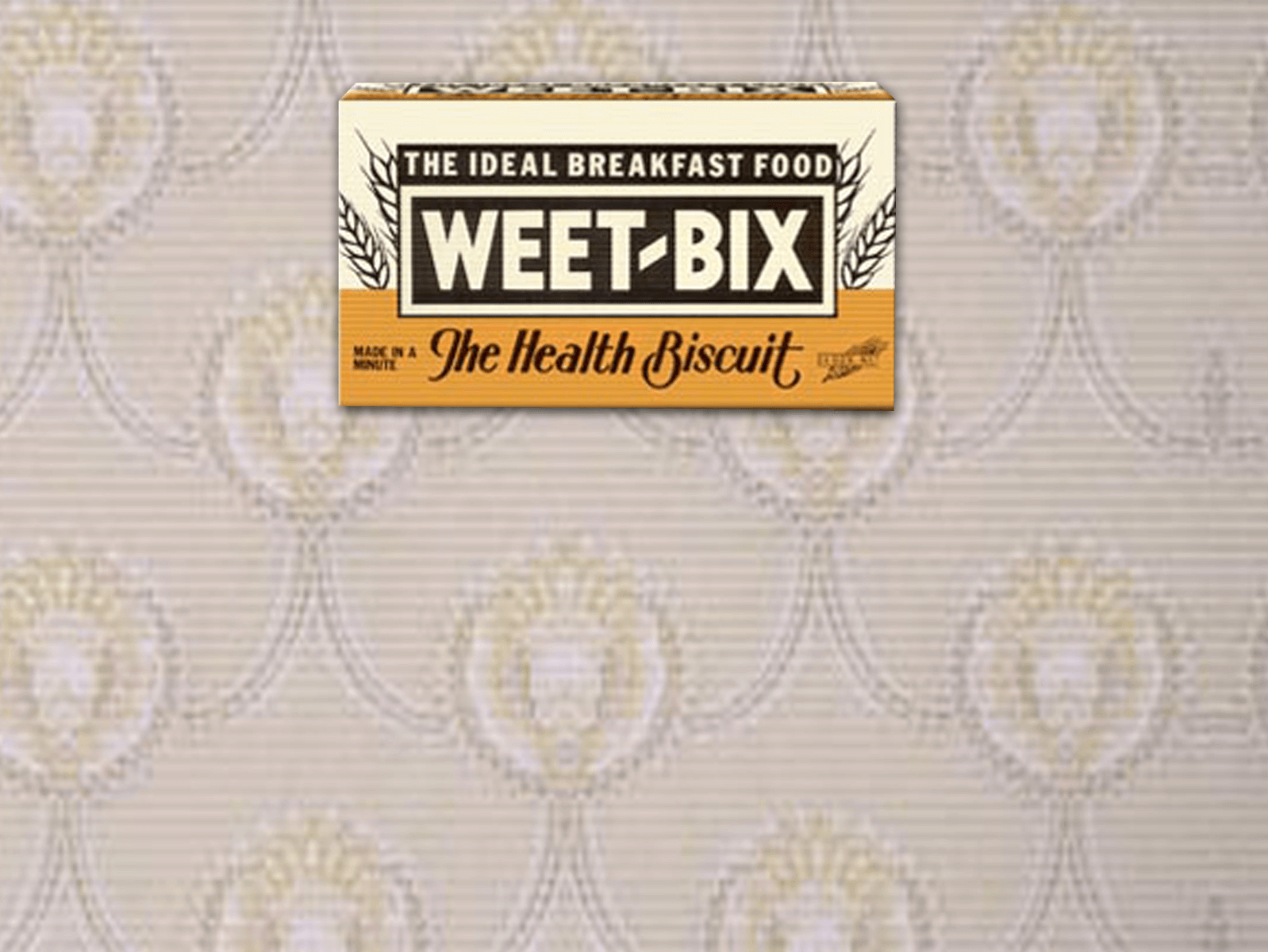 Subscribe to our newsletter to keep up with all things Weet-Bix™!